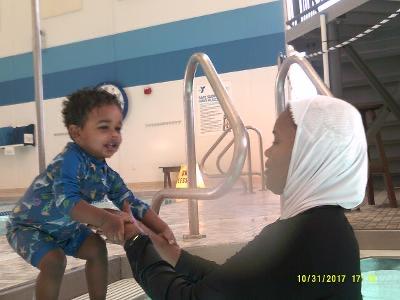 Little Jibril can now swim the length of the recreational pool at the Midway YMCA on Saturday mornings. (Photo by Mitchell Lallier)

Little eyes brighten and smiles break out when mommy or daddy say it’s time to go to the pool at the Midway YMCA Saturday mornings for swimming lessons for infants and toddlers.Mitch Lallier teaches the classes where little ones get used to the water while their parents learn how to teach the children to swim as well as becoming comfortable with their kids being in the water.
Ken Strike said his child was scared of the pre-swim shower but was delighted with being in the pool.
It’s a noisy class peppered with shrieks of delight and nursery songs like “Old McDonald” and “Hokey Pokey” as Lallier leads children and parents in a circle of movements like ‘put your chin in” and “kick, kick, kick.”
The children range in age from six months to two years.
Occasionally adults from the lap swim pool join in with the songs, and sometimes they even join the circle in the recreational pool.
Many of the little ones hesitate to jump into the pool. Only if a parent’s arms are waiting to catch them will they take the dare.
Not so with little Jibril (last name withheld) who jumps into the water, letting his head go under, almost before his mother can get into position.
Putting faces in the water is a difficult lesson for most of the children, so Lallier has them put in one side of their faces and then the other to get used to the idea
Dominique and Joel Holwaida have a pool at home so they are particularly anxious to make sure little Quinn, seven months, is safe in the water. So far, Dominique said, she loves the water.
Matthias (who withheld his last name) said he appreciates Lallier’s class as it makes both parents and children feel “safe and comfortable” in the water. Mother Lauren is qualified as a lifeguard but appreciates Lallier’s lessons.
They, too, have a pool at home.
Quinn loves the water, Lauren says.
After class parents hurry to get their little ones dry and in clothes before they go out into Minnesota’s early spring.
But even though the children often shiver as they get out of the pool, they are delighted to get back in the water the next week. 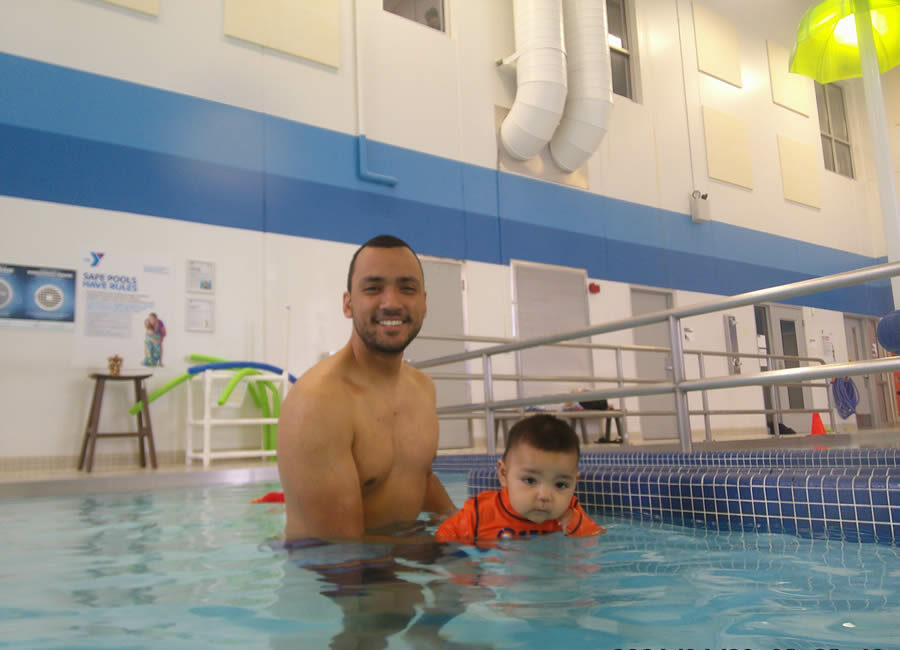 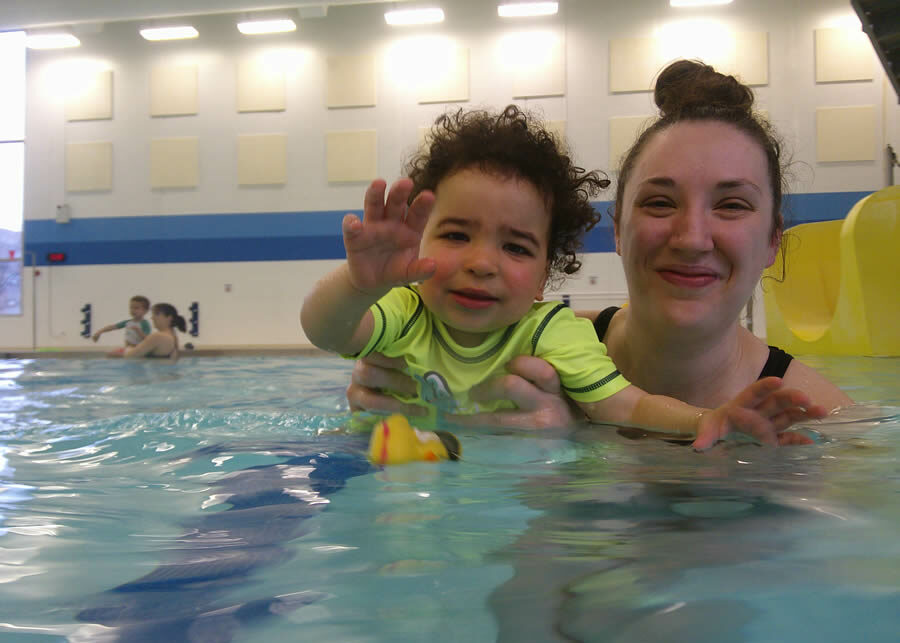 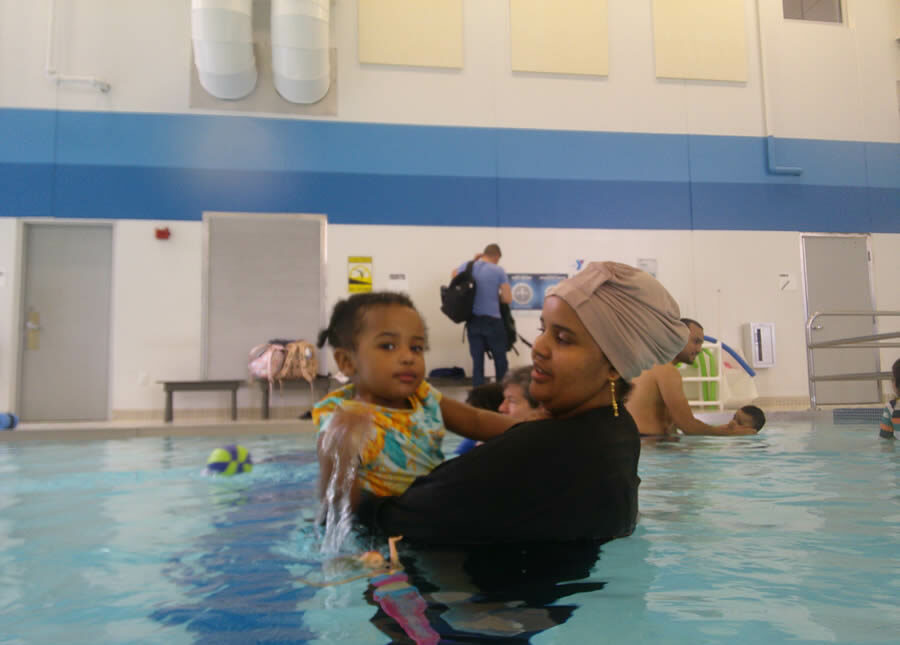 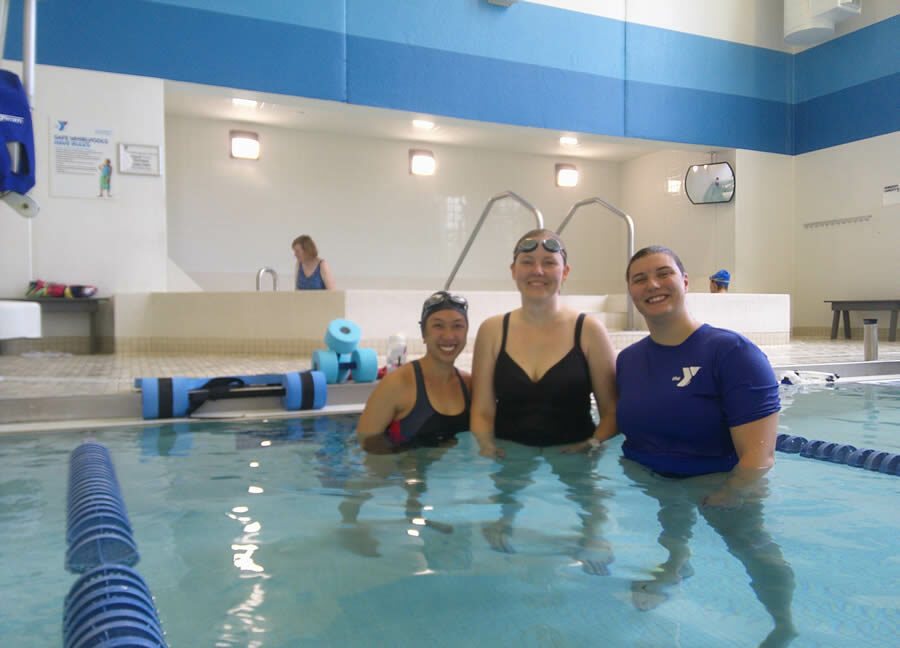 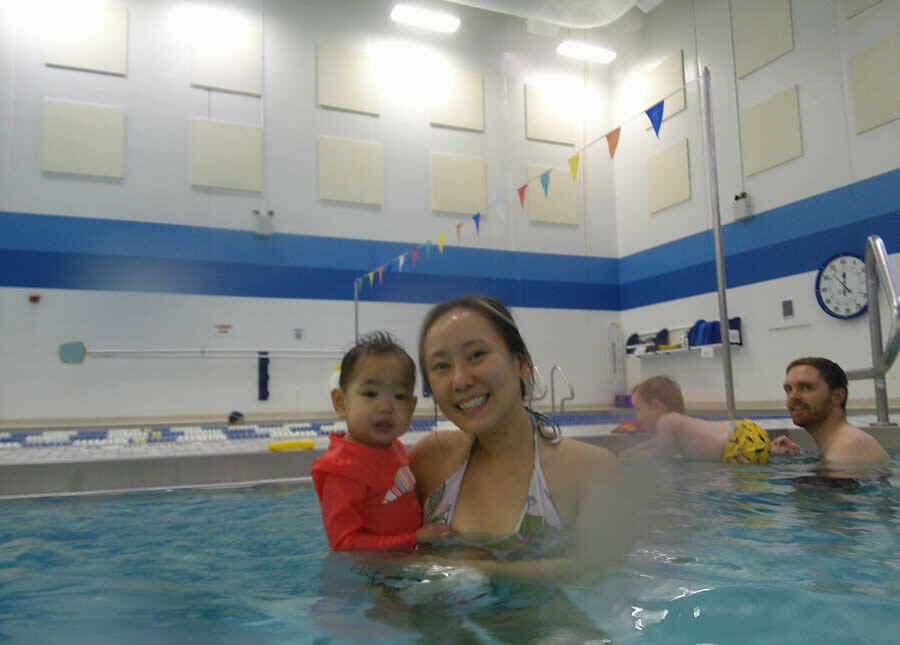 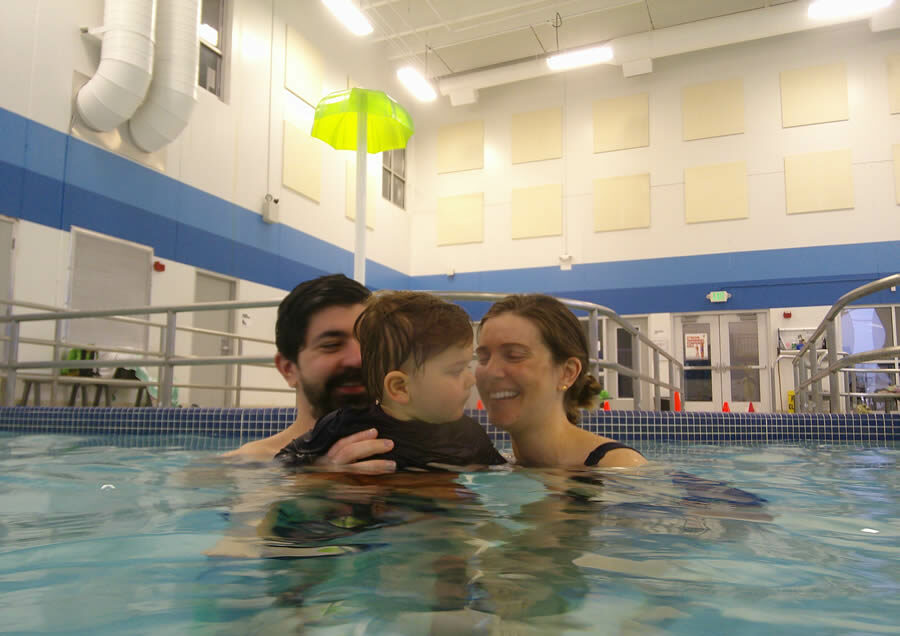 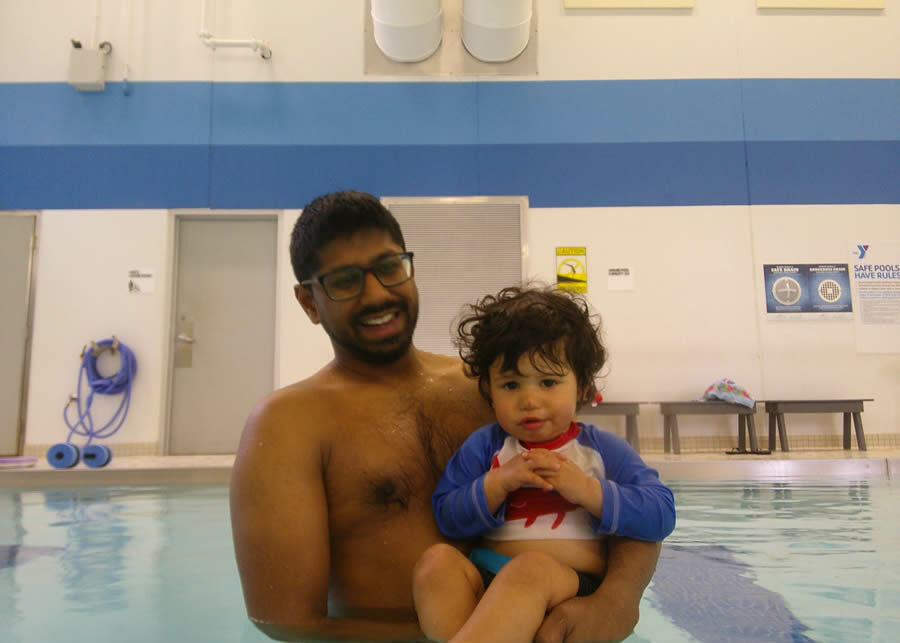 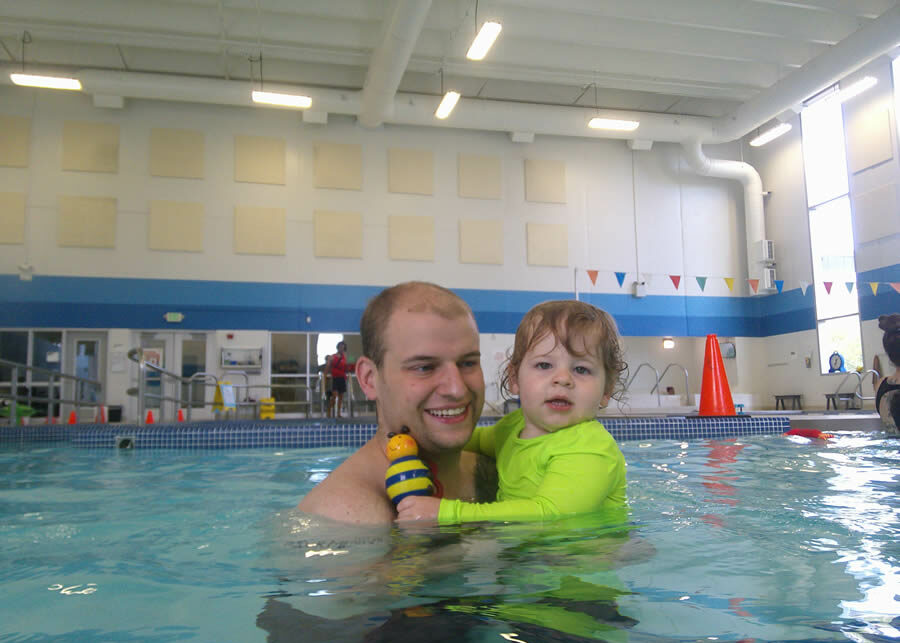 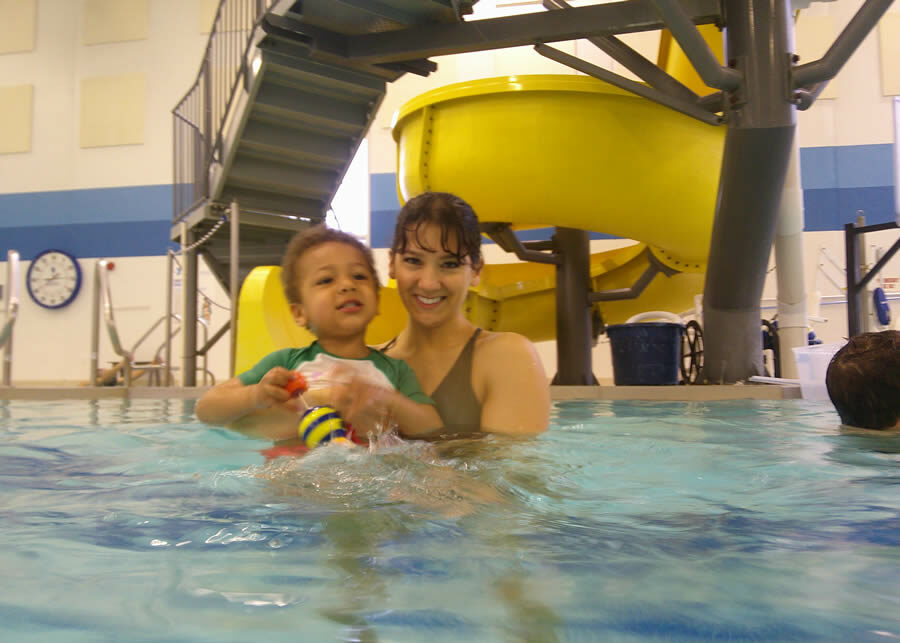 ← Swimming lessons at the At. Paul Midway YMCA